Dr. Joseph on Sustainable Thinking and Action
THE ECONOMY MUST
RETURN TO ITS ORIGINS

THE ECONOMY MUST RETURN TO ITS ORIGINS.
A conversation with our founder Dr. Joseph

The company Vitalis Dr. Joseph impressively embodies the successful combination of economy and ecology. With Josef Franz, the founder of the South Tyrolean producer of exquisite high-tech natural cosmetics, we talk about his entrepreneurial idea and why the contradiction between economy and ecology is a big misunderstanding.

Dear Dr. Franz, your company has been successful for many years in the production and sale of skin care and cosmetic products and is now managed by your sons in the second generation. What entrepreneurial idea is behind Vitalis Dr. Joseph? 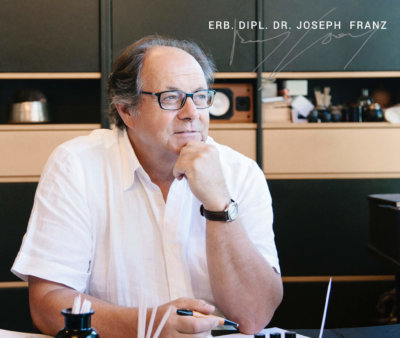 The idea of founding a company was born from an inner conviction that I have developed over the years from a sum of different life experiences and a strong connection to nature. The first circumstance that strongly influenced my later career was the family mix I came from. My father ran a weaving mill and produced and sold high-quality textiles. On my mother’s side, the world of medicine opened up to me. I grew up in the middle of nature, and all these different influences, from worlds that were not in themselves too compatible, had a strong impact on me. I then decided to study economics. Finally, a sports accident after my studies brought me back to my origin, nature.

This unforeseen event led me to study at the Pharmacological University of Urbino. I also deepened my studies abroad and became deeply involved in the teaching of naturopathy. In this way, I was able to avoid surgery, and I even managed to control the pain …

The company was founded in 1986. I started very early to produce simple rinse-off products, refined with exclusive essential oils. The next step was to enter the field of gemstone cosmetics and quantum biology in cosmetics: a project in cooperation with Prof. Senekowitsch of the University of Graz, which was an absolute novelty in skin care. The basic idea was to combine effect-tested, holistic natural cosmetics with quantum in their production.

During this time, I was able to deal intensively with various interdisciplinary topics and thus explore fascinating discoveries about active ingredients from the plant world. This knowledge, in combination with my cosmetic expertise, was the fundamental essence for the company Vitalis Dr. Joseph.

What began as a hobby and personal passion has become a great, successful company with a qualified team that is continuously growing, professionally positioned, and internationally active and has already won various international awards.

As a company, we believe that we can work with the most intelligent laboratory in the world – nature. We extract our active ingredient synergies from this world, test them in vivo and/or in vitro and thus meet the highest quality requirements of our customers. We refine a natural product with a combination of experience, knowledge, and state-of-the-art technology, which makes us unique in this form.

The results are holistically conceived, harmonious products specially tailored to the needs of the skin. Besides, we train the product with holistic treatment concepts in our Academy or on-site at our customers’ premises.

Interdisciplinarity, curiosity, and a strong connection to nature still characterize our corporate culture today. I have always tried to communicate this horizon to my children, who have been in leading positions in the company for years, and to our super-rehearsed team of employees. And it seems to me to have succeeded. 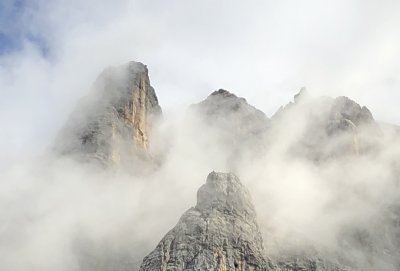 Environmental awareness and sustainable thinking are two central aspects that shape the philosophy and culture of Vitalis Dr. Joseph. For many people, ecological principles and economics are contradictory. Do you agree with this, or do you see a connection between these two opposite poles?

For me, economy and ecology are not opposite poles, on the contrary. It is merely to build a bridge from the very own economic principles to ecology. I maintain that there would hardly be any contradictions if the industrial players were to act honestly according to the very principles of economics.

For me, this misunderstanding of the opposite poles comes from the 1960s and 1980s and how business was conducted back then. The proclaimed goal of the capitalist world was the continuous increase of the gross national product without considering the environment and the environment. All currents demanding a respectful use of resources and thinking in cycles were declared enemies of the state by too many decision-makers. It was only with hindsight that the consequences of this monocausal interpretation of the capitalist economic system, where control cycles no longer have any meaning, were recognized.

Admittedly, for some, it led to an increase in the quality of life in the short term. In the long run, however, we and future generations are paying for this way of “doing business”. Despite all efforts and also first steps in the right direction, there are still companies and decision-makers who follow the old course – even if they know how to partially hide it from the outside world by means of “intelligent communication”. If corporations, not only in online trade, break into national economies, siphon off purchasing power and make no or tiny contributions to society in the form of taxes, then this is fatal for any economy. The most significant impact is the climate catastrophe that has already occurred, which can no longer be glossed over.

In this context, I like to compare the mathematical understanding of nature with that of man. We, humans, like to calculate in arithmetic series, 1, 2, 3, 4, … easily comprehensible. Nature, however, calculates exponentially. Take cell division, for example: 2, 4, 8, 16, 32, etc. Concerning climate catastrophe, the current developments are, therefore, very worrying. The numerical series is advanced, and the phenomena are manifesting themselves very drastically. In my opinion, the prediction of developments in arithmetic understanding does not match the expected rapid, exponential development at all.

Nature functions in control loops and, at the right time, actuates the right set screws in its networked system to convert exponential, i.e., quantitative growth into qualitative growth. Humans, on the other hand, rarely respect these control loops, and this very behavior is the fatal error of some decision-makers in business and politics. Reality shows that if people do not adhere to these control loops or consciously lever out the necessary “set screws”, some of these systems will already topple tomorrow – and with nature, people will topple too. I still miss this discussion with the necessary clarity in politics, economy, and all too often in our society.

The basic idea of economics is an entirely different one and in harmony with ecological principles. So if the economy were to operate according to its laws, we would not need to have a climate debate or a debate on ethics and morals today. Here are just a few examples:

The principle of limitless growth is often still anchored in people’s minds today. Yet David Ricardo already said in the 18th century following the principle of diminishing marginal returns that growth cannot be boundless. The utility value of a good is defined by the fact that, at a certain point, the benefit of the last portion consumed turns into a loss, i.e., saturation. Nature takes this principle into account in its control loops and converts quantitative into qualitative growth.

Another example is the economic principle, according to which a goal is to be achieved with the least amount of resources. We are currently doing the opposite. Our economy is expensive and wasteful. Nature, on the other hand, shows us thousands of technically and economically valuable, perfect solutions!

Or let us think of the costs-by-cause principle. It says that whoever causes the costs must also bear them. However, what we are experiencing is an economic policy that internalizes profits and is all too happy to pass the costs on to society. 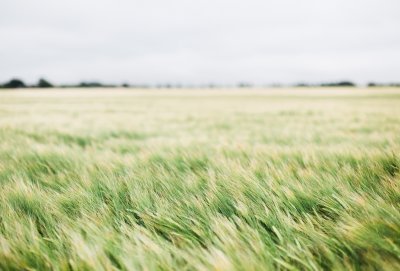 Sustainable value creation is the responsibility of us all. For me, sustainability in action has four aspects:

Our basic idea is the following: The fascinating ingenuity of nature is our role model. It is the basis of our understanding of lived sustainability. 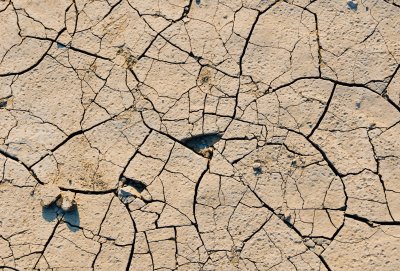 In recent years, a strong movement has formed, which increasingly calls for philosophical approaches in business - keyword ethics, morals, and responsible use of our resources. Is our capitalist economic system compatible with such calls and ideas? Do you experience in your everyday business life that something is moving in this direction?

I prefer the social market economy, which works according to its (original) own principles and thus in mutual respect with its environment. We are convinced of this, and in this way, we want to make our contribution. 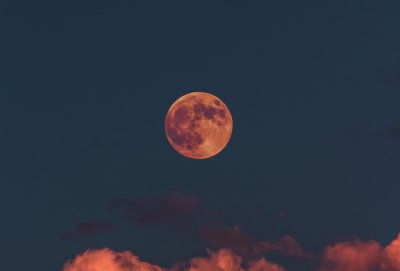 Can ethical, sustainable management perhaps even be a competitive advantage in the long term?

In the long run, clearly, yes. Everything else is short-term profit maximization. What sense should it make to produce and consume expensively, wastefully, and uneconomically – only to suffocate in the subsequent costs? Sustainable economic activity does not destroy its foundation, but uses resources sparingly, with respect for future generations. And the customer increasingly demands it. Today’s consumer is looking for ecologically responsible products and services. Those who live this and communicate it credibly have a competitive advantage. Our success is an excellent example of this.

There are well-founded studies in this context: The value index of the trend researcher Peter Wippermann and Jens Krüger, for example, has shown that the most important value for people in Europe since 2018 is nature. In 2016, health was still in the first place, and nature as a theme focus was only in fourth place. People have understood that health is not worth much if the basis of life is destroyed. 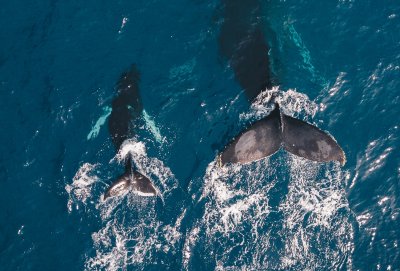 What appeal would you like to make to entrepreneurs and decision-makers?

More than an appeal, it is a wish for all of us to question our approaches and visions again and again and to orientate them more towards networked circular thinking instead of sticking to monocausal cause-and-effect principles. We should orient our behavior – even if it is sometimes tricky – towards certain primary conditions, the economically sensible set screws.

Now more than ever is the right time for this!

The interview was conducted by Dott. Armin Rainer. He is a managing partner of Weissman International. His consulting focus is on strategy development and implementation. 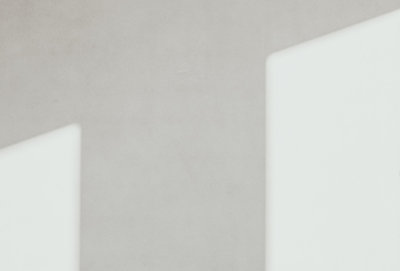 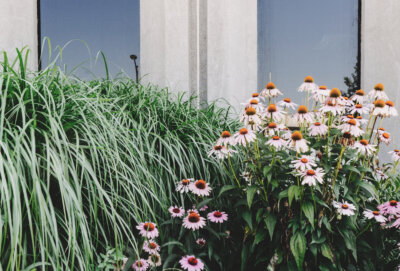 / Knowledge Treasures
Why you should spend more time in the garden 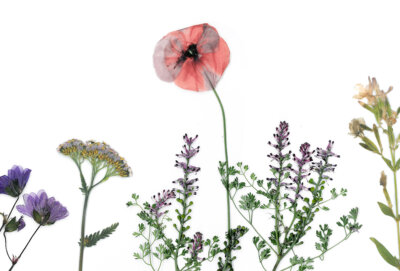