There are various causes for impure skin. Mostly, however, impure skin is caused by the skin losing its balance (e.g., due to hormonal changes) and the glands in the subcutis producing more sebum than necessary. At the same time, there is increased keratinization at the common excretory duct of hair and sebaceous gland, which clogs the sebaceous glands.

Use products that are tailored to your skin type to achieve a harmonious balance of moisture and sebum production.

What helps with impure skin?

Impure skin needs consistent care in order to achieve a lasting improvement of the skin’s appearance. Use products that are tailored to your skin type to achieve a harmonious balance of moisture and sebum production. Avoid pressing around pimples, this usually increases the inflammation.

We recommend care products for oily and impure skin, which allow the skin’s own sebum to run off gently without clogging the pores and thus harmonize the skin’s appearance in a natural way.

Because degreasing and drying agents usually stimulate the sebaceous glands to even stronger activity and the more one tries to dry out the skin, the more intensive it is its counter-reaction and the irritated skin only produces more fat and inflames more easily.

7 EFFECTIVE TIPS FOR AN EVEN SKIN APPEARANCE

For impure skin, cleansing is the most important part of skin care. A gentle, pH-neutral washing gel cleanses the sebaceous glands and rinses away dead skin cells. At the same time it prevents acne bacteria from settling in the pores and causing inflammation.

Do not attack the impurities with aggressive products. This usually only makes things worse. Gentle care products are recommended, free of chemical substances, which respect the pH value of the skin.

CLEANSING IN THE MORNING:

Oily skin should be cleansed every morning to remove the sebum produced overnight and the waste products produced during sleep. In order to achieve a lasting improvement in impure skin, great importance should be attached to cleansing the face in the morning. The Purifying Cleansing Gel is a clarifying and refreshing cleansing gel with soothing and moisturising active ingredients and ensures clean and deeply cleansed skin. It is perfect for impure skin as it promotes rapid healing and regeneration of the skin.

CLEANSING IN THE EVENING:

Dust and dirt particles, together with the skin’s own sebum, settle on the skin and can cause skin impurities such as blackheads and pimples. That is why cleansing in the evening has top priority. Make-up residues are removed before every cleansing and care with the Gentle Make-up Remover. This is applied to a cotton wool pad (possibly soaked in water) to optimally pre-clean the affected skin areas. Afterwards the use of the Purifying Cleansing Gel ensures a deeply cleansed skin. 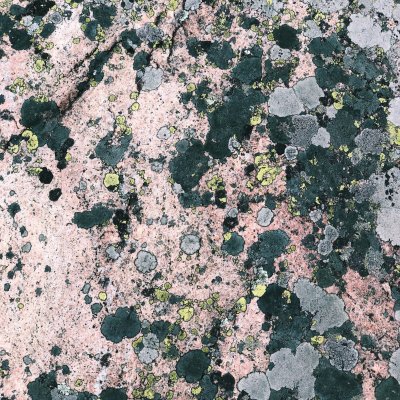 People with impure skin tend to have additional accumulations of dead skin cells and a thickened pore lining. Therefore, regular peelings are a fundamental part of skin care for this skin type. Exfoliants can reduce these accumulations, reduce clogged pores and make the skin feel smooth.

Once a week after cleansing and before the mask, a gentle enzymatic peeling or fruit acid peeling should be applied. The gentle enzymes of papaya or pineapple have a particularly deep cleansing effect and are ideal for sensitive skin and skin prone to acne. Dead skin cells are particularly gently removed by a keratolytic process, the skin is freed from blocked pores and impurities can be prevented.

This type of peeling is particularly recommended for impure skin, as it does not induce scattered infections, which are often responsible for further impurities. Mechanical peelings with peeling particles are not suitable for impure skin. 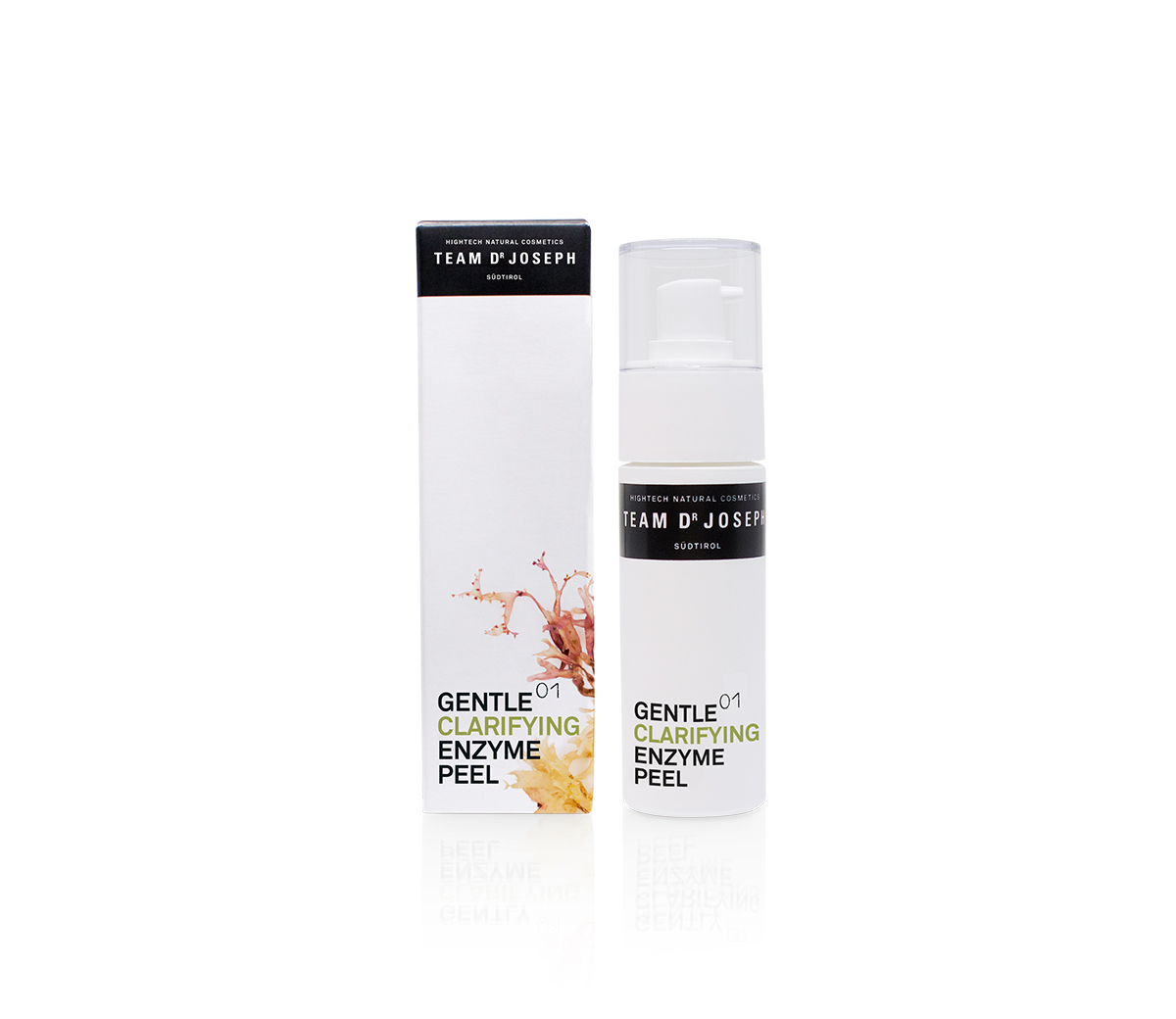 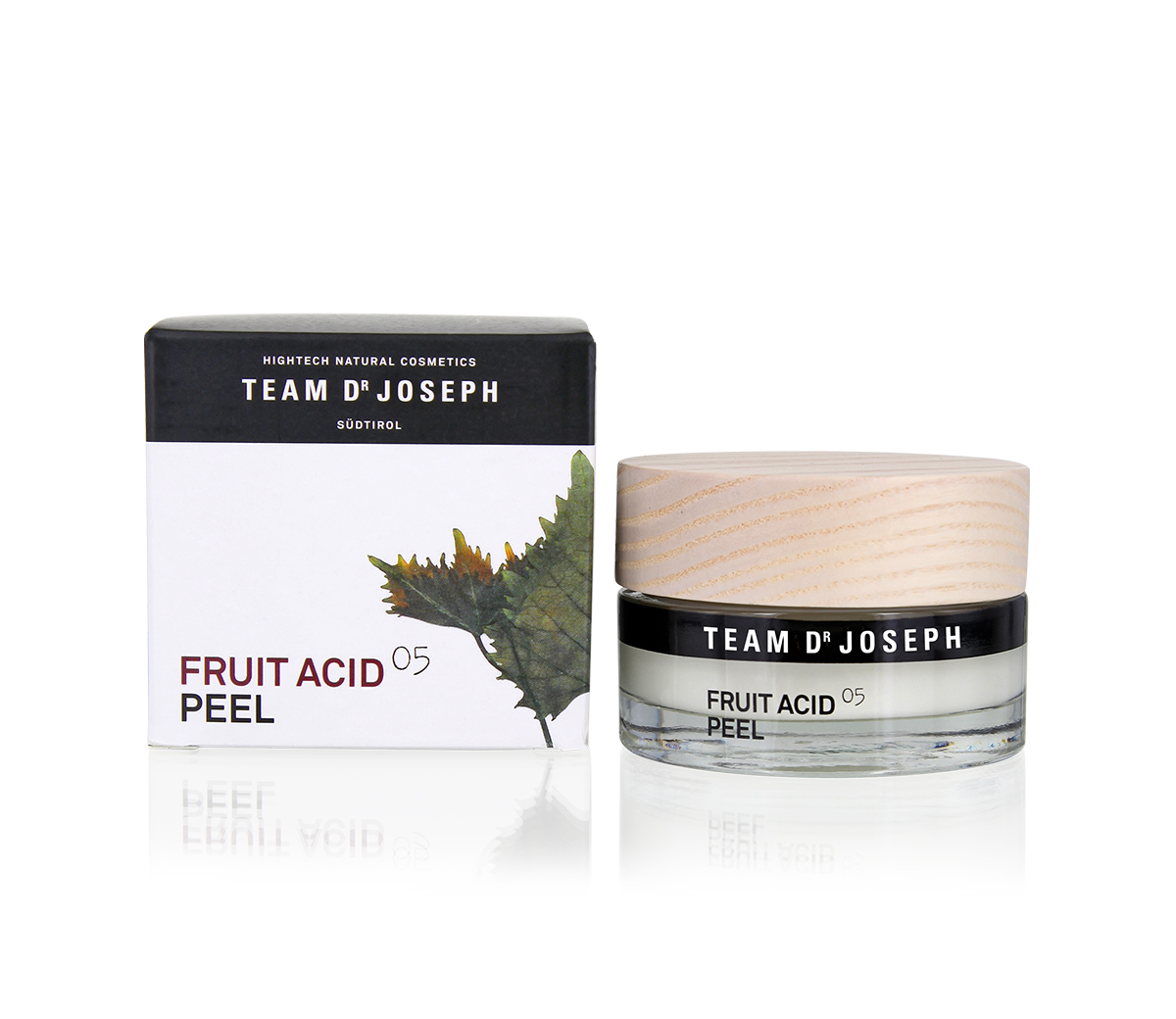 Clean and soothe with the right toner

After cleansing and exfoliating the face, apply a few drops of the toner to your hand and massage it gently into the face and neck in circular movements. A cotton wool pad is not necessary here. When the toner is completely absorbed into the skin, you can continue with your essence, serum or skin cream.

A toner tailored to your skin type can work wonders. It is important to use a non-alcoholic toner that is rich in antioxidants and soothing ingredients. Our Deep Purifying Toner contains a variety of botanicals, such as bearded lichen and mallow, which have a soothing, clarifying and pore-refining effect in the treatment of problematic skin. Fig and apple extracts provide additional moisture. The toner helps you to remove the last dead skin cells and make-up residues, thus preventing clogged pores. In addition, a toner ideally prepares the skin for further care steps, so that subsequent active ingredients are better absorbed by the skin. 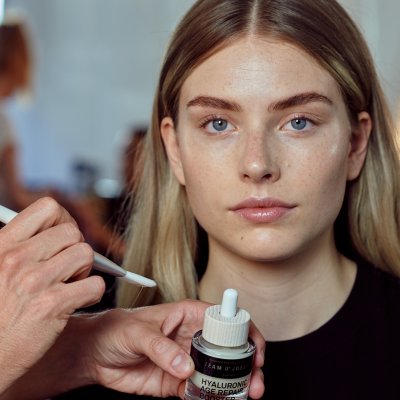 After toning the skin, you should continue with a soothing serum. Thanks to their light texture, serums penetrate deep into the skin where they unfold their highly concentrated effect. The highly effective Deep Purifying Serum supports the natural skin cleansing and clarifies deep down. Rich in bearded lichen, comfrey, and glycolic acid, it refines pores and calms the skin’s overactive sebum production.

In the evening and in summer we recommend not to use a skincare cream. Here a serum is completely sufficient to supply the skin with all-important nutrients. In addition, the light texture of a serum is ideal for optimally supporting the skin’s elimination function during the night.

After the serum you can continue in the morning with a skin type-specific day care. Make sure you choose a face care product that contains deep pore cleansing ingredients, has an astringent effect and a high proportion of moisture-binding ingredients. Our Daily Purifying Facial Cream combines plant-based active ingredients that have a cleansing and clarifying effect, can protect the skin from free radicals and provide additional moisture. Soothing ingredients prevent the formation of impurities and help existing ones to subside more quickly.

Once or twice a week a soothing face mask should be used if possible. They give the skin a break for regeneration, effectively combat impurities and ensure a radiant and fresh complexion. Our Deep Purifying Mask is a deeply cleansing cream mask with calming and soothing active ingredients. It is applied thinly to the pre-cleaned face, neck and décolleté and washed off with lukewarm water after 20 minutes. The face should then be cleansed with Deep Purifying Toner.

Alternatively, our Deep Purifying Cellulose Face Mask is an excellent alternative – a cleansing and refreshing cloth mask with deep-acting active ingredients. This is placed on the cleansed face and should be left on for about 5-8 minutes. Remaining product residues can be gently tapped in or removed with lukewarm water. Both masks support the natural skin cleansing process and clarify deep down. They can prevent the formation of impurities and allow existing impurities to subside faster. Rich in moisturising, healing and pore-refining active ingredients, they ensure an even and clear complexion. 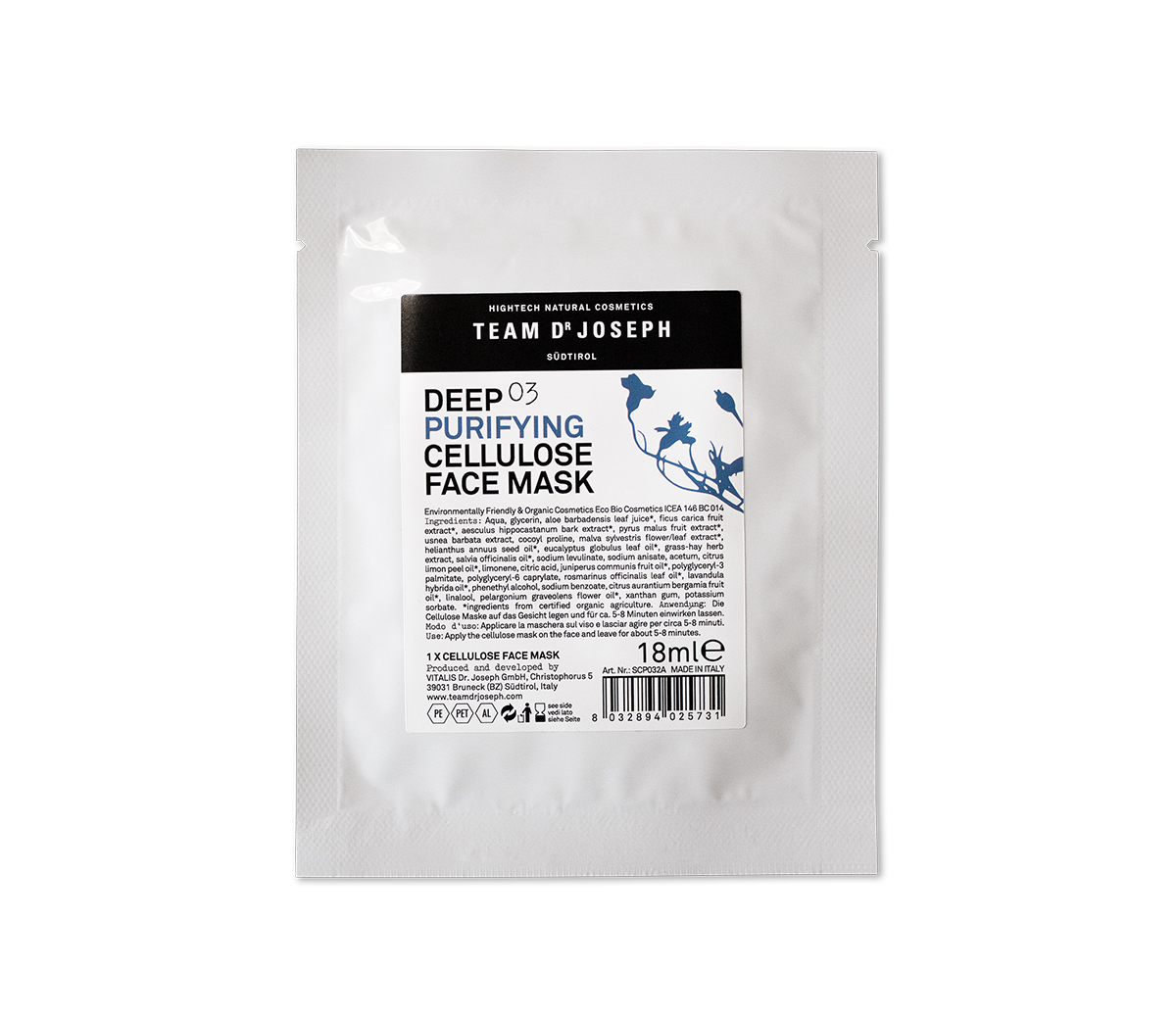 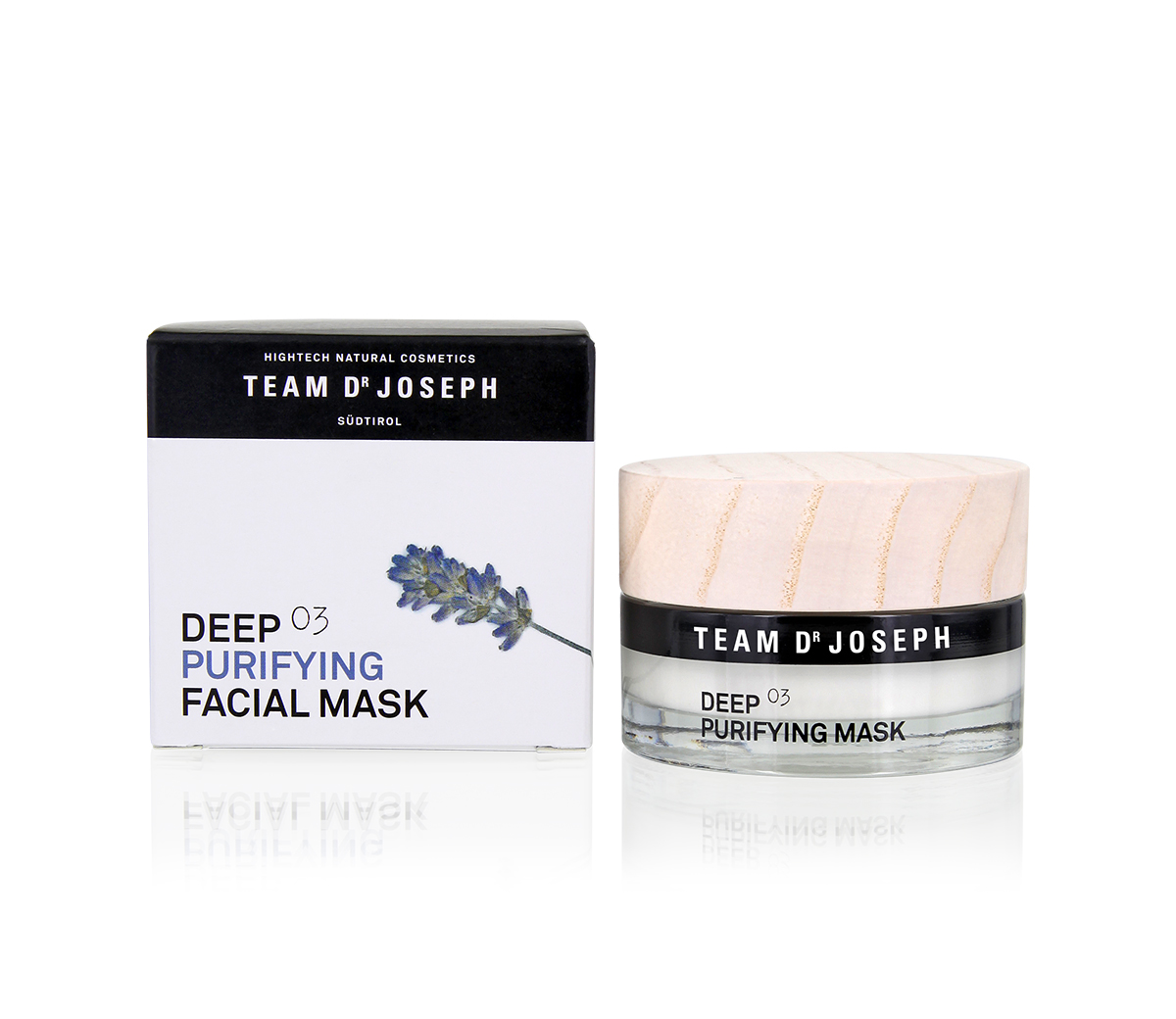 Beauty also comes from within

Exercise outdoors and enjoyable experiences in nature strengthen tissue, keep the cardiovascular system going, promote mental fitness and ensure that your skin is clear and rested. Share these moments with friends. Social contacts are as indispensable as the salt in the soup. 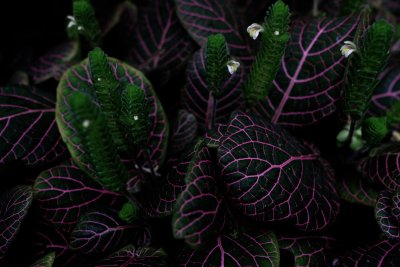 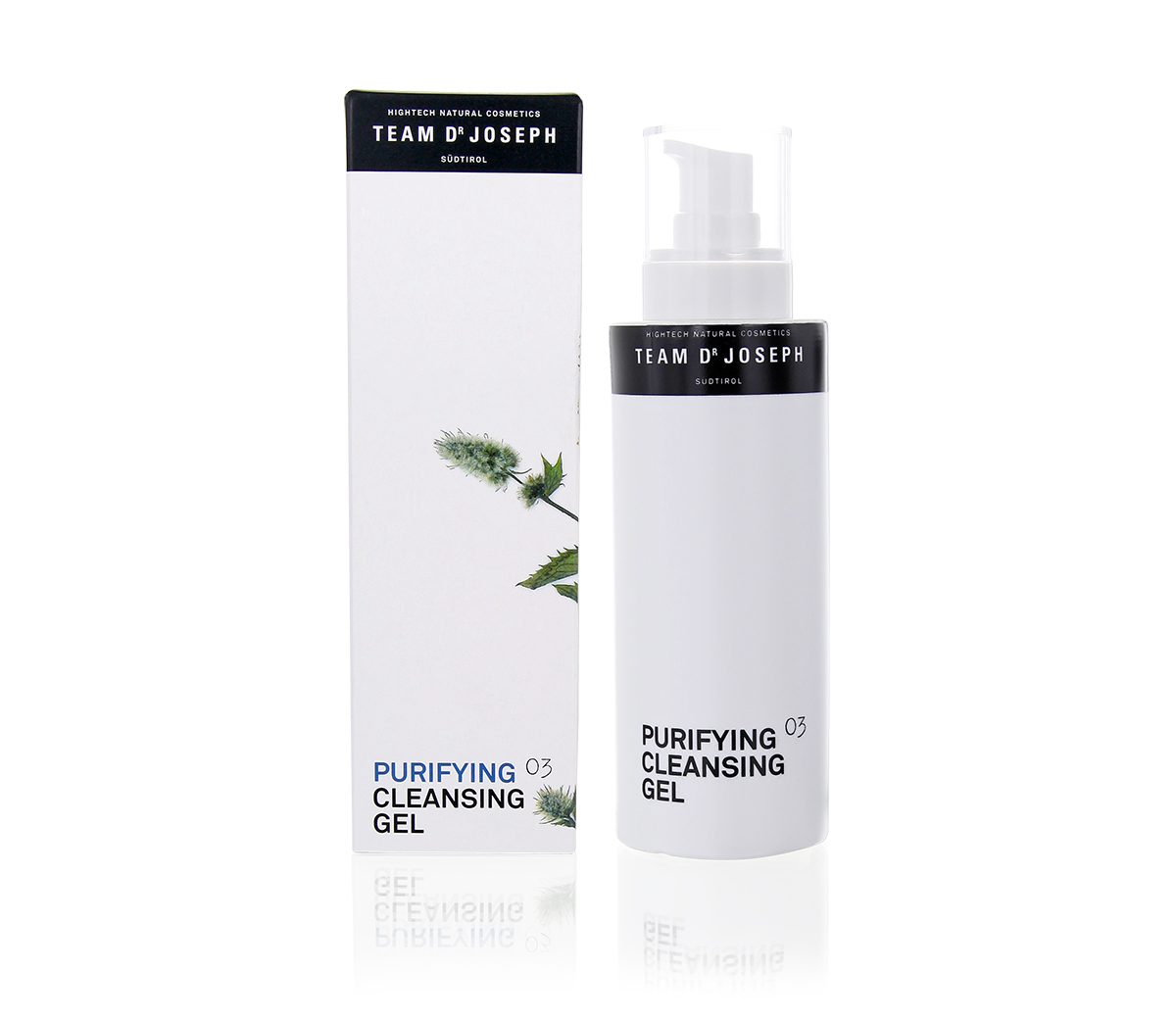 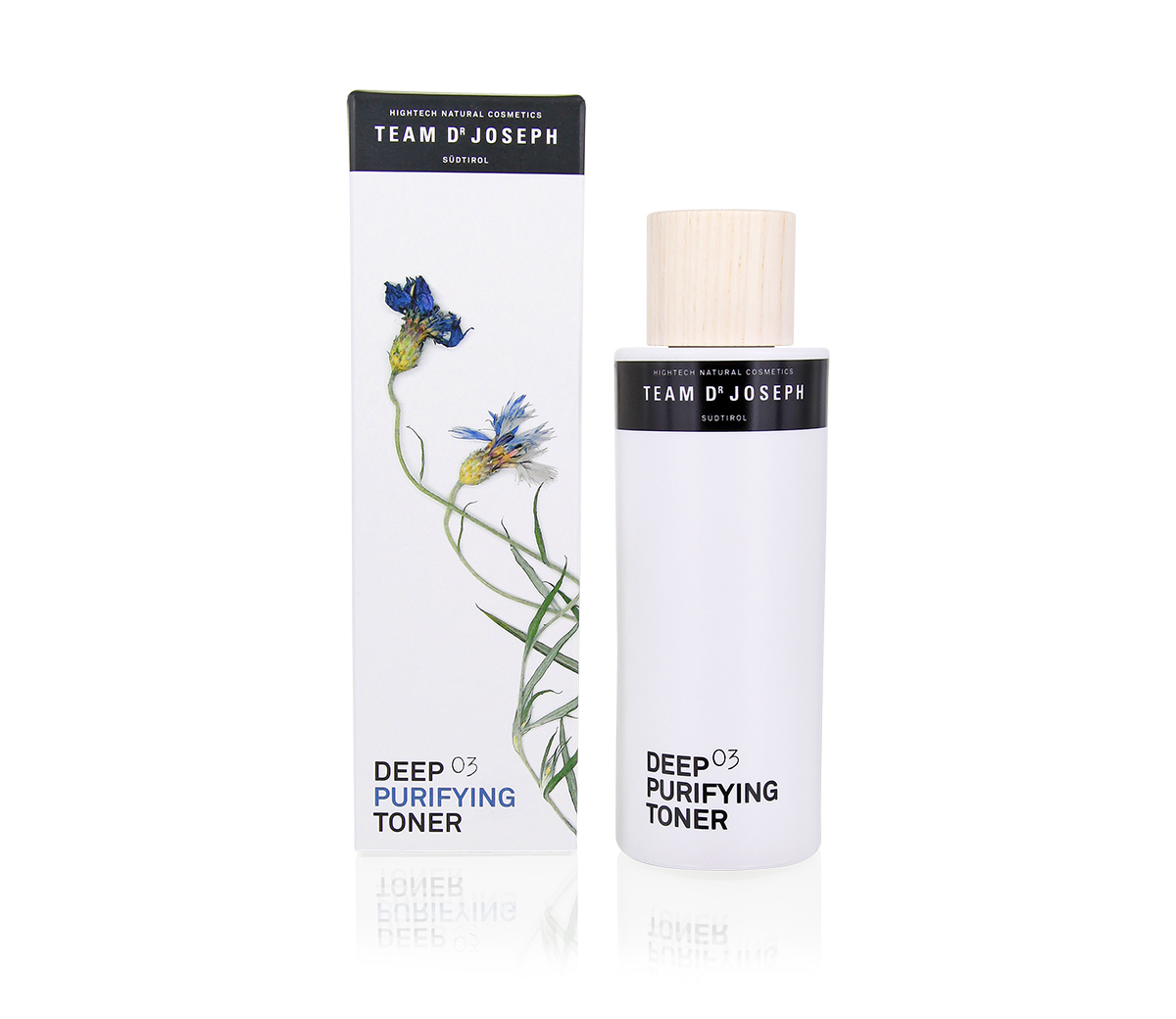 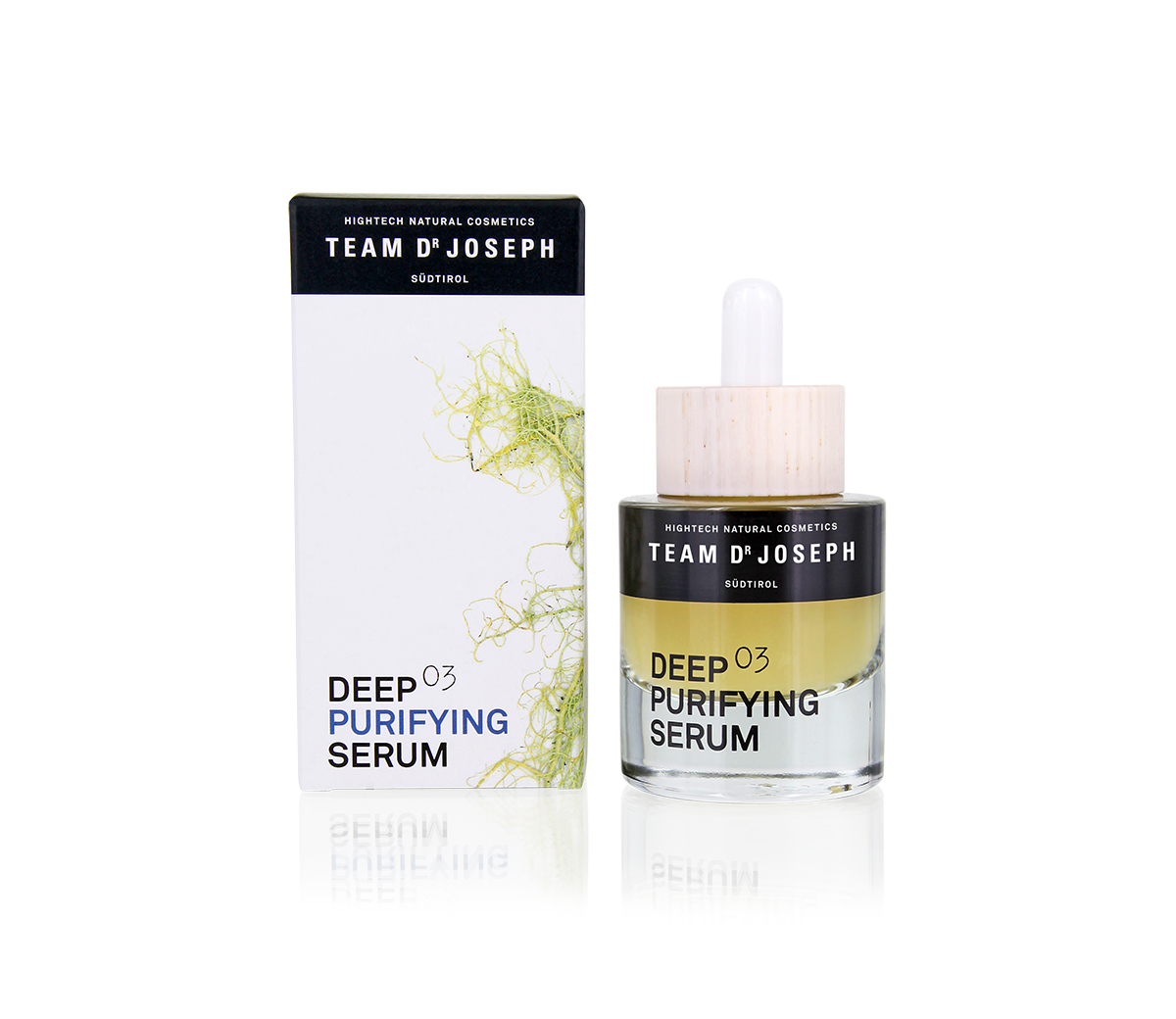 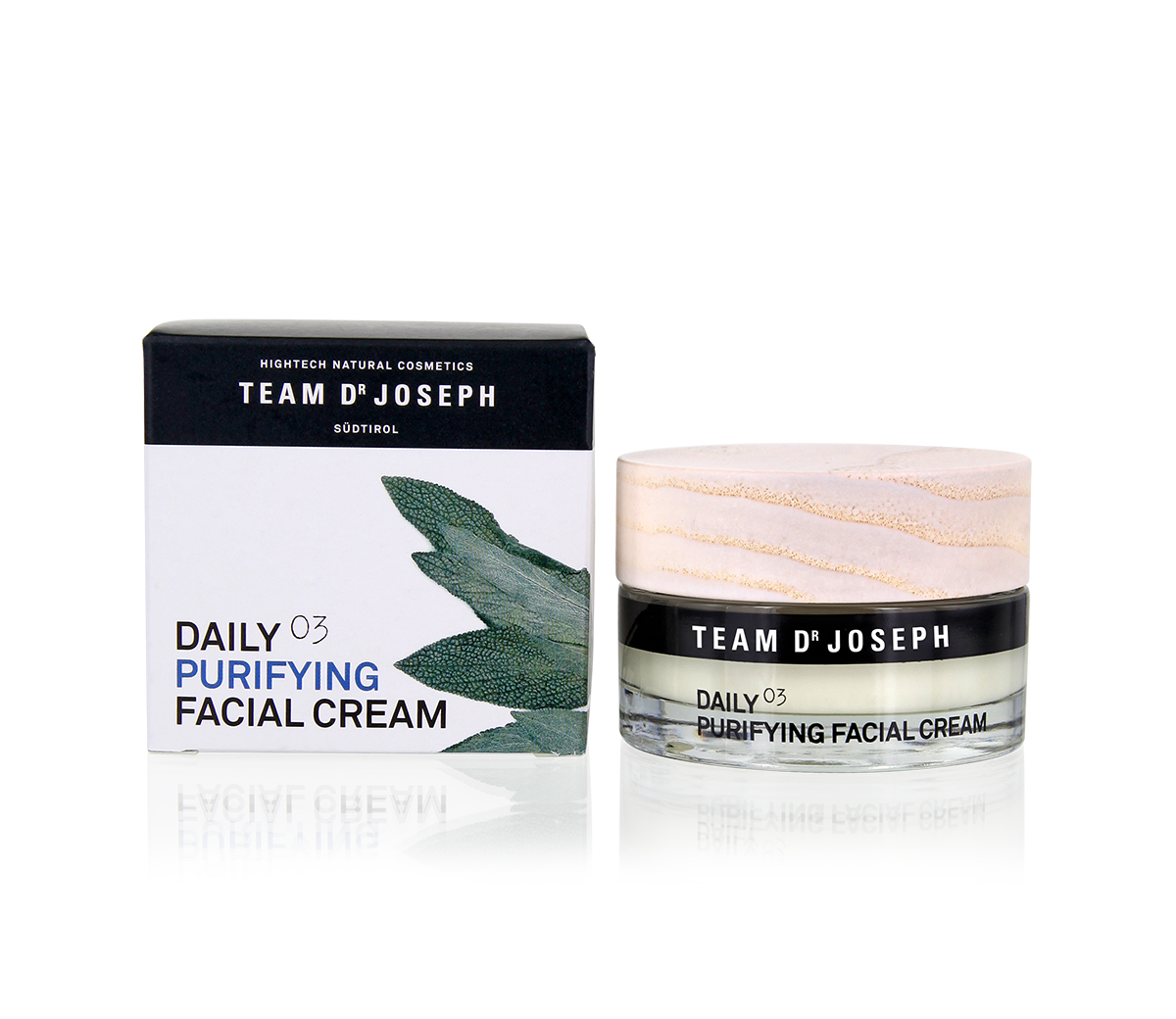 Find an institute
Cleansing and clarifying ingredients from nature 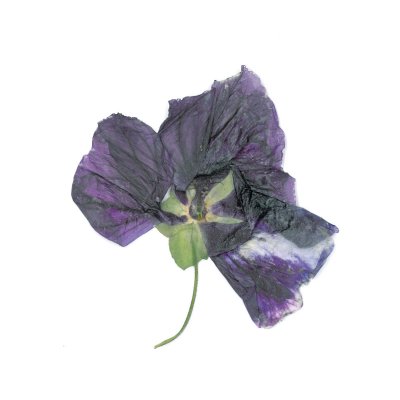 The mallow is also popularly called cheese poplar, which is because the seeds have the shape of a cheese loaf. The plant is highly valued in folk medicine for infections and inflammations.

The mucilages contained in the plant ensure a well-moisturized skin, tanning agents have an astringent effect. The mallow extract has a soothing and caring effect on the skin. 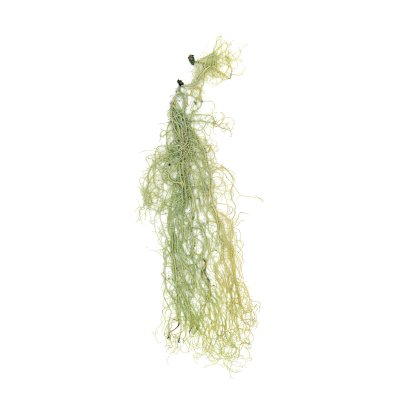 Beard lichen is a symbiotic organism consisting of a fungus and green algae or cyanobacteria (blue-green algae). The algae provide the community with sugar produced by photosynthesis, while the fungus provides protection and moisture. Together they develop unique ingredients that they could not produce individually — a perfect example of synergistic systems where the result is more than the sum of its parts.

Beard lichen contains, among other things, usnic acids that have an antibacterial and anti-inflammatory effect. The extract of the beard lichen can promote the healing of wounds. 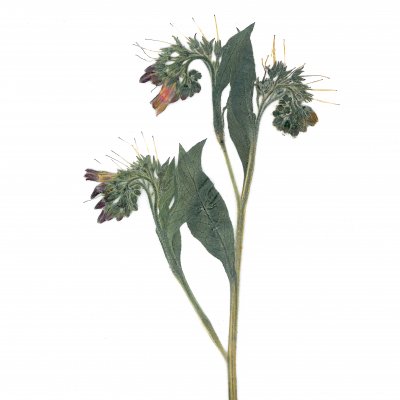 In folk medicine, comfrey is used for sprains and broken bones. That is also reflected in its name and suggests its regenerating and wound healing properties.

In the case of comfrey, the root is the most commonly used. This medicinal plant, which contains allantoin and rosemary acid, has analgesic and anti-inflammatory properties. The mucilages contained in the plant moisturize and care for the skin. 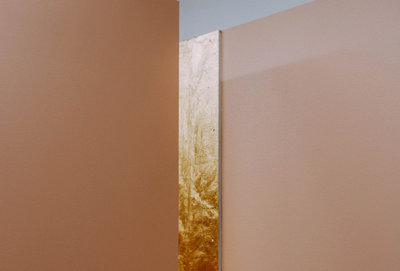 / Treatment Tutorials
Face Oils | Why you should start now 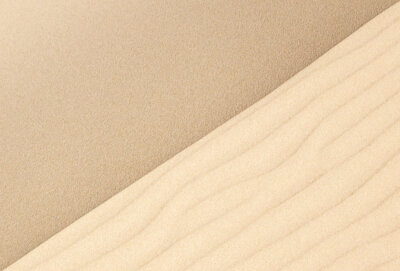 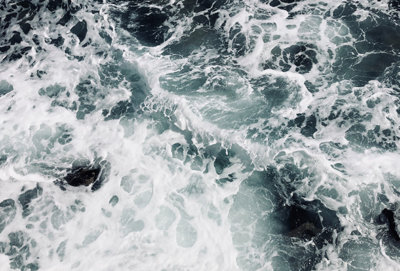